Review by Mauro Pasquali, regional president of Slow Food Veneto, for Del Rèbene wine and oil from the Berici Hills 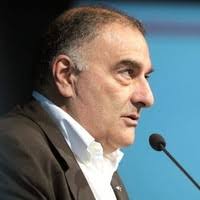 Corals, stones and olives. The rebirth of the Berici Hills

South of Vicenza lies a hilly complex of coral origin created millions of years ago from the bottom of the sea then existing in these places: the Berici Hills. The temperate microclimate that the area enjoys, which makes one think of the tropical sea and the soil rich in carbonates originating from prehistoric corals, encourages the presence of plants and spontaneous herbs characteristic of much warmer climates. This peculiarity also allows the presence and the luxuriant development of two of the most typical plants of the Mediterranean world, not spontaneous but cultivated for centuries by man: the vine and the olive tree.

Berici Hills and olive growing: a history with deep roots

However, while viticulture in the Berici Hills is considered by everyone to be secular or even millenary, olive growing, on the other hand, is considered by most people to be of recent expansion, dating back some decades, perhaps to the 20th century at most. Although these (mistaken) beliefs are quite widespread, olive growing in the Berici Hills has, in reality, deep roots, probably at least as deep as the vine. In fact, many written testimonies, dating back to the late Middle Ages, prove the presence of olive groves, especially on the southern and western slopes.

Another distinguishing characteristic that all the cultivated slopes of the Berici Hills have in common is entirely the result of man’s work: terraces created on steep slopes with the aim of obtaining flat spaces that would allow an easier agriculture.

The terraces were supported by dry stone walls made from the stones present in the area and called locally masiere, from the Latin maceries, or “heaps of stones”. In reality we should speak, rather than about heaps of stone, of real works of art, made without any use of mortar, lime or cement and held together only by the skilful interlocking of the stones.

The masiere of Berici: a treasure to be restored

Nowadays, the masiere have almost completely disappeared on the Berici Hills, replaced by more prosaic concrete walls or even abandoned to the degradation caused by the time, without any maintenance, mainly as a consequence of the depopulation of the hilly areas in favour of the flat lands, more fertile and easier to cultivate.

The masiere, as mentioned, supported the terraces on which, in the past centuries, the main cultivations were vegetables, vines and cereals. Between the thirteenth and sixteenth centuries there was an important presence of German immigrants among the farmers who left many testimonies in the local toponyms. These cultivations, in the poorest and steepest soils, were certainly interspersed with olive trees probably brought centuries earlier to the Berici Hills by Roman legionaries in their advance of conquest. The same plants were preserved, in the medieval period and before the advent of farmers of German origin, by the monks of the local convents, to whom almost the entire area owed tributes. 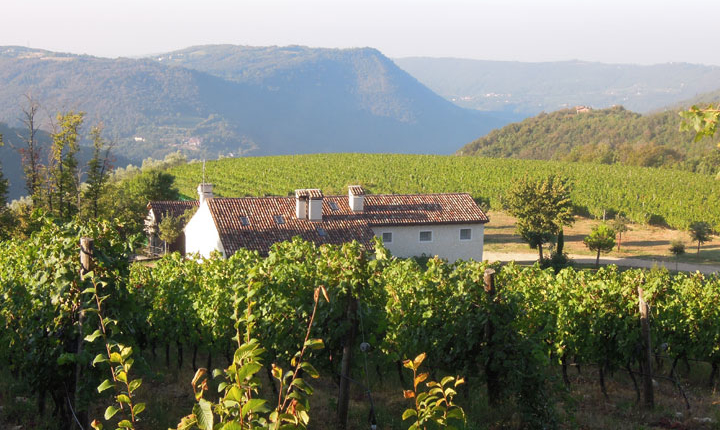 With a leap of many centuries we come to the present day, on the western side of the Berici Hills, in an area called Rébene, from the German word reben, i.e. vines, a toponym that testifies to the antiquity of vine cultivation in the area. From the toponym takes its name the Azienda Agricola Del Rebene, owner of more than 700 olive trees located on the terraces supported by the masiere, partly rebuilt, in a sort of natural amphitheatre overlooking the Gazzo Valley.

Since 1990 Francesco has been recovering this piece of land, abandoned after the Second World War, restoring its ancient splendor: the olive trees grown organically allow the production of an oil that can boast the Veneto Euganei and Berici PDO. The oil is obtained mainly from the native rasara variety and from leccino, with pendolino and coratina percentages.

It is an oil that has been present for many years in Slow Food’s Guide to Extra Virgin Olive Oil that contains all the typical characteristics of the cultivars from which it comes: the nose opens with pleasant green hints, reminiscent of rocket, fresh grass mowing, leaf, tomato, accompanied by a feeling of remarkable cleanliness of smell.

In the mouth, the medium texture opens up mainly bitter hints, with strong astringent notes and good pungency, which pleasantly envelops the palate. The aftertaste, of good length, is harmonious and reminiscent of fresh cardoon and hazelnut, well innervated by strong hints of white pepper.